Down by the Sea Project.
Prev Next

The Longstone is near the hamlet of Mottistone, close to the south west coast of the Isle of Wight. It is the only Megalithic monument on the Island.
The Longstone consists of two pieces of local greensand sandstone probably from a vein 100m away. The larger stands at 3.9m (13 feet) and the smaller lies at its foot. They are on the edge of a wood in small fenced enclosure just off Strawberry Lane, near Mottistone. The name Mottistone (the Speaker’s or pleader’s stone) almost certainly derives from the Longstone. The stones and the surrounding land are in the care of the National Trust and are open to the public.
Until the mid nineteenth century the smaller stone was further south but in 1856 a local landowner, Lord Dillon, had it turned over to discover if it had a mortise hole (it did not). Its present position has led to fanciful tales of its being a sacrificial altar stone and, in common with many other megalithic monuments, modern pagan meetings and rituals are associated with it.
In October 2007 the larger stone was vandalised by unknown person(s) who painted the white outline of a Christian cross onto the side facing the smaller. 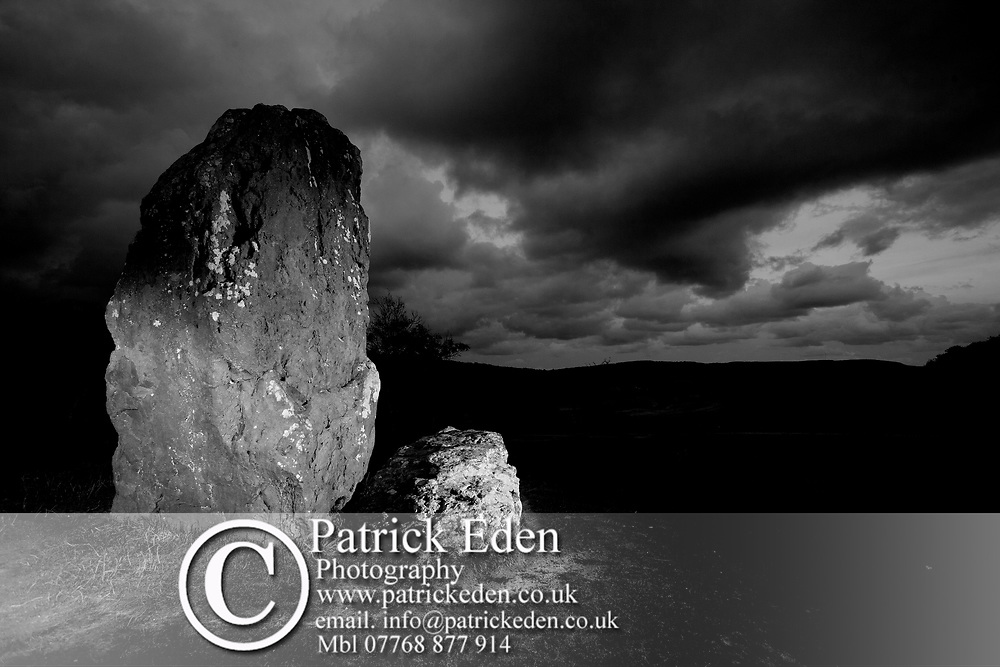